BeatCancer.org posted this great blog post on their health and wellness blog.  We thank them for allowing us to share it with you:

Saunas and sweat baths have been used by various cultures throughout history to flush out toxins and disease and maintain optimal physical and mental health. Saunas, and particularly infrared saunas, can also play a big role in preventing or reversing cancer.

In a 2004 article in the Townsend Letter for Doctors and Patients, Lawrence Wilson, MD, wrote, “If I were to single out one method to combat cancer, it is the sauna. It assists removal of chemical toxins and heavy metals, increases oxygenation, enhances the immune system, and reduces the radiation burden in the body.”

Using heat to treat illness is not new. Over 2,000 years ago, the famous Greek physician Parmenides said, “Give me the power to create fever, and I will cure any disease.” Modern medicine has also noted that cancer patients who developed a fever sometimes went into remission. Such an observation prompted New York Memorial Hospital physician Dr. William Coley in 1891 to publish a paper on how inducing a fever in the body of a cancer patient might stimulate the immune response and cause cancer remission. Cancer clinics in Germany and Mexico routinely apply this principle by using both infrared hyperthermia and infrared saunas with their patients. Hospitals in more than 20 of the United States are offering some form of hyperthermia treatment for cancer – either locally, regionally or systemically.

While saunas are not nearly as potent as hyperthermia treatments (which can expose the body to up to 113 degrees Fahrenheit), infrared saunas can heat the body a few degrees and cause a fever. This is a much gentler and slower method, but it is much safer and easier to tolerate and control.

Infrared saunas provide a form of whole-body hyperthermia that boosts health in many ways. Dr. Wilson noted that infrared sauna therapy for cancer offers a combination of healing mechanisms that act simultaneously and synergistically to support the fight against cancer. 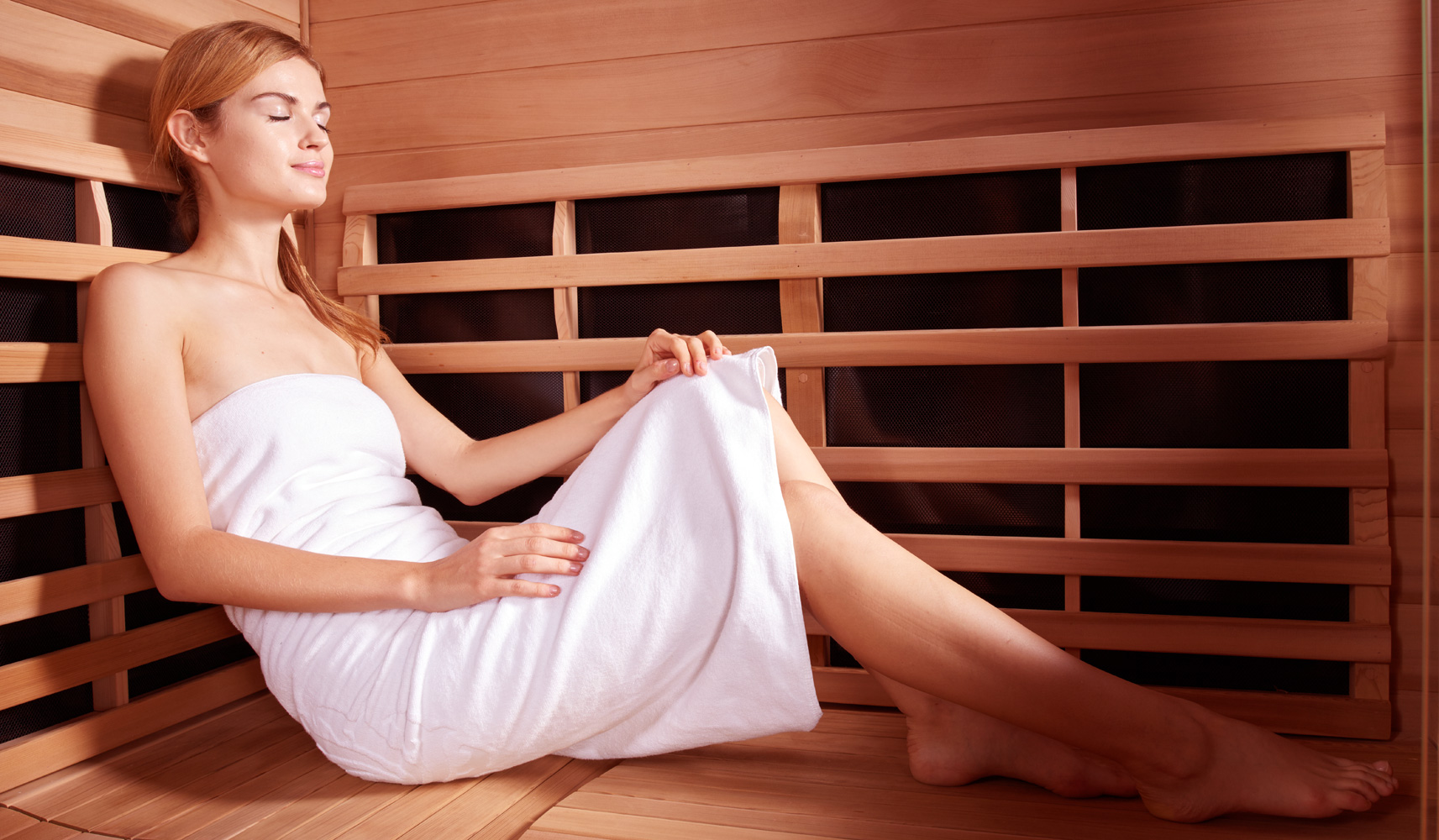 1 – Direct Cancer Cell Death: The principle of hyperthermia is that cancer cells are much more sensitive to and intolerant of the effects of excessive heat than normal cells. Tumors have an impaired ability to adapt their blood circulation to the effects of high temperatures. Said simply, because cancer cells are weaker than normal cells, they are more susceptible to damage from heat. In fact, high temperatures can actually kill cancer cells, usually without damage to healthy cells.

According to the National Cancer Institute, “Hyperthermia (also called thermal therapy or thermotherapy) is a type of cancer treatment in which body tissue is exposed to high temperatures. Research has shown that high temperatures can damage and kill cancer cells, usually with minimal injury to normal tissues. Many studies have shown a significant reduction in tumor size when hyperthermia is combined with other treatments.”

In a clinical study published in 2009 in the Journal of Cancer Science and Therapy, scientists studied far infrared’s effects on human cancer cells in vitro and on cancer cells in mice. Far infrared therapy reduced tumor volumes 86% in just 30 days.

In another study, researchers in Japan discovered that whole-body hyperthermia with far infrared strongly inhibited the growth of breast cancer tumors in mice without deleterious side effects. Researchers believe this therapy is a promising noninvasive treatment for breast cancer.

2 – Improved Circulation:  Infrared saunas boost circulation, which helps to bring essential nutrients, oxygen and other substances to the cells of the body. Since cancer often grows in tissues with poor circulation – and thus poor nutrition and oxygenation — and since cancer cells do not thrive in a high oxygen environment, improving circulation can help reverse the cancer process.

During a sauna, the pulse rate jumps by 30% or more, allowing the heart to greatly increase the amount of blood it pumps each minute. Most of the extra blood flow is directed to the skin. Saunas powerfully shunt the blood from the internal organs to the periphery of the body in an attempt to get rid of the heat. They also increase circulation to the lungs, improving oxygenation. This combination can be of great benefit for cancer patients, many of whom cannot or should not exercise much, especially older or physically impaired patients.

3 – Elimination of Toxins: Without efficient circulation, not only do health-promoting nutrients and oxygen not get into our cells, but also waste materials cannot get out. Saunas help purge the body of hundreds of toxins, such as heavy metals, chemicals, and pesticides. Sauna treatments can help remove lead, copper, mercury, arsenic and cyanide and help to balance the body’s pH by neutralizing excessively acid body chemistry.

The heat that saunas produce creates perspiration which cleanses the skin from the inside out. Although the skin is designed to be a major organ for eliminating body wastes, in most people, it’s inactive because they don’t sweat enough. The deep penetration of infrared heat releases toxins from the fat layers just beneath the skin and flushes out those toxins through the sweat. The dry heat of a sauna can cause skin temperature to rise to about 104° F, and many persons – especially those who drink several glasses of water before entering the sauna — will pour out a pint of toxic sweat during a short stint in a sauna.

In addition to cleansing the skin, infrared saunas also help decongest and eliminate toxins from the internal organs. The liver, kidneys and other internal organs can become burdened with estrogen, chemicals, and toxic metals. Overload, sluggishness, and congestion of these eliminatory organs greatly inhibits the detoxification of all toxic substances in our bodies. This is a very critical problem for cancer patients.  Saunas move blood away from the center of the body toward the extremities to get rid of the heat. By causing blood to move toward the body surface, infrared saunas help to decongest the body’s internal organs as well.

To see how this works, researchers analyzed the sweat from both traditional and infrared saunas. Sweat from traditional saunas was about 97% water and 3% toxins. Infrared saunas produced a sweat that was only 80-85% water. The remaining 15-20% was made up of heavy metals, sulfuric acid, sodium, ammonia, uric acid and fat-soluble toxins.

4 – Weight Loss:  According to the American Institute for Cancer Research, obesity is a known risk factor, not only for cancer, but also for cancer death. There are many reasons for this, among them the fact that cancer-promoting hormones and carcinogens are lipophylic – they hang around in fatty tissue and have a tough time metabolizing out.

Infrared saunas have been clinically shown to help burn fat and dramatically aid in weight loss. A 2009 study showed that infrared saunas provide significant results in lowering weight and waist circumference in just three months. And for those who are sedentary due to medical conditions such as cardiovascular or respiratory problems, results were even more profound. Dr. Stephen Sinatra, a well-known integrative cardiologist, states in his article on the many benefits of far-infrared saunas: Their penetrating infrared rays increase blood circulation, which helps speed up your metabolism and burn calories — up to a few hundred calories per session. During a 30-minute sauna session, core temperature increases, and the body works hard to cool itself, often burning 300-500 calories in the process.

5 – Immunity Activation:  While conventional cancer treatments often suppress immune function, hyperthermia can actually enhance it — through a whole cascade of immune cell responses. According to German professor Rolf Issels, MD, PhD, of the University of Munich, hyperthermia produces ´heat shock´ proteins on the surface of the cancer cells, making them more prone to attack by the immune system.

Doctor Gurdev Parmar, of the Integrated Health Clinic in Fort Langley, British Columbia, agrees. He explains that heat makes cancer cells look distinct from healthy cells, thereby generating an immune response that is both immediate and long-lasting. Because the damaged proteins on the surfaces of tumor cells look very different from healthy cells, the immune system is alarmed, and natural killer (NK) cells and macrophages are immediately sent to the tumor. These cells then activate dendritic cells (DC), which in turn present the heat-damaged proteins to T cells. Hyperthermia promotes the maturing and migration of the DCs to the lymph nodes, where T cells become activated against the cancer cell proteins. The activated T cells, called Cytotoxic T Lymphocytes, then attack and kill tumor cells.

Doctors at Clifford Hospital Hyperthermia Center in Guangzhou, China — possibly the largest hyperthermia center in the world – concur that heat treatments, in particular whole body hyperthermia, “can stimulate and reinforce the function of the body’s immune system.” At a core temperature of 41.8 ℃ (about 107 degrees Fahrenheit) it can activate long-acting T-lymphocytes. At body temperature of 39.8 ℃ (about 104 degrees Fahrenheit) maintained for a period of six hours, whole body hyperthermia “can increase the activity of T- and B-lymphocytes and the anti-tumor activity of…NK cells, and can facilitate the redistribution of the body’s white blood cells to improve the monitoring function of the body’s immune system.”

Although there are many techniques for generating hyperthermia, infrared sauna is definitely one of the easiest and safest. In an article published in the International Journal of Biometeorology, the authors conclude that “materials emitting electromagnetic radiation in the far infrared range, which are widely used in Japan for cosmetic [and] therapeutic… purposes, appear capable of potentiating leukocyte functions without promoting oxidative injury.”

6 – Stress Reduction:  Inside a sauna, there is peacefulness. One can easily shut out daily cares and interruptions from the world outside. One can read, listen to music, meditate or pray without interruption. But saunas do more for your nerve system than make you feel good.

Saunas have the ability to powerfully reduce the activity of the sympathetic nerve system. Excessive activity of the sympathetic nervous system is a contributing factor in many cancer cases. The sympathetic branch of the body’s autonomic nervous system activates the brain, muscles, thyroid and adrenal glands in its fright – fight – flight response to stress. However, it also strongly inhibits digestion, immune response and eliminative organ function. Cancer patients desperately need more immune, digestive and eliminative activity.

Therefore therapies such as infrared sauna that inhibit the sympathetic nervous system are helpful for cancer recovery. The body heals when it is in parasympathetic dominance, the part of the nerve system that promotes rest, relaxation and recovery.

Saunas can support parasympathetic activity in several ways. Sauna heat greatly slows normal heat production, a sympathetic function. To dissipate heat, saunas draw blood from the center to the periphery of the body. This opposes an important sympathetic nervous system activity, which is to draw blood to the central part of the body as a protection against attack. Furthermore, saunas eliminate toxins that irritate the body’s tissues and keep it in a sympathetic state. Inhibiting the sympathetic nervous system can also promote cancer healing by helping to reduce excess acidity in the body. Cancer, as we know, thrives in an acid environment.

The effect of saunas on the nerve system can also potentially impact appetite loss, pain and depression, all of which are common among patients with cancer. A study published in Psychosomatic Medicine looked at a group of 28 mildly depressed patients. Half of the patients utilized an infrared sauna once a day for four weeks and the other half had just bed rest for four weeks. The sauna group showed a significant improvement compared with the control group.